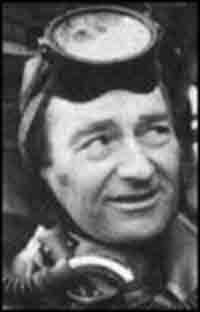 Cmdr. Lionel "Buster" Crabb disappeared while diving near Portsmouth in southern England on April 19, 1956 and has long been assumed to have died on a secret spying mission.

Russian warships were in Portsmouth harbor at the time as part of a visit by former Soviet leader Nikita Khrushchev. Crew members reported seeing a diver near one of the ships.

Retired Russian sailor Eduard Koltsov told a Russian film crew he slit the throat of the Briton - whose life story is believed to have been used by author Ian Fleming to create his Bond character, the BBC said.

"I saw a silhouette of a diver in a light frogman suit who was fiddling with something at the starboard, next to the ship's ammunition stores," Koltsov told the Russian documentary team. "I swam closer and saw that he was fixing a mine."

Koltsov said he killed Crabb with a dagger and claims to have been secretly awarded the Red Star medal for bravery, the BBC reported. Crabb's headless body washed up near Chichester, in southern England, in June 1957.

The BBC did not say which Russian channel or company has produced the documentary, or when it is to be broadcast.

Crabb was widely believed to have been spying for British intelligence, a claim backed up by documents declassified last year. Britain's press and the public have long doubted the official claim that Crabb died following a dive to test underwater equipment.

Lomond Handley, whose mother was a cousin of Crabb, said Friday that successive governments had failed to offer any adequate explanation.

But she said she doubted Koltsov's claims. "I find it hard to believe that any Soviet divers or sailors would have committed murder of a British sailor in our waters," Handley said.