The famous illusionist David Copperfield canceled his shows not to avoid sensation over a rape allegation, states his representative. 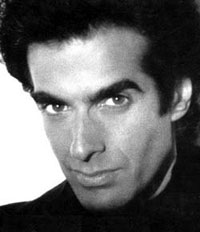 Copperfield canceled the overseas tour because the promoters failed to pay him and canceled a segment of the tour without the performer's consent, Glenn Bunting said.

Copperfield came under investigation last month after a 21-year-old woman told authorities he raped her in July at his estate in the Bahamas . An attorney for the magician has denied the allegations, and no charges have been filed.

He was sued earlier this week by Viva Art International and Maz Concerts for nearly $2.2 million ( EUR 1.5 million) after he pulled out of 48 shows in the Mideast and Asia .

The lawsuit claims Copperfield backed out because he did not want to face questions from reporters over the rape claim.

Bunting denied that allegation. He claimed an e-mail from a Maz Concerts executive indicates that Copperfield had the right to cancel the entire tour after the company had canceled a performance in the United Arab Emirates .

The executive's lawyer said the message was presented out of context.

Attorney Dennis Holahan said the promoters and Copperfield's representatives agreed the magician would be paid a fee for the United Arab Emirates cancellation, but that he would perform in Southeast Asia.

"At no point did my client say `You have a right to cancel and keep all my money,"' Holahan said.