Congo authorities found about 17 tons of dumped unidentified radioactive material in a river in a mining area. 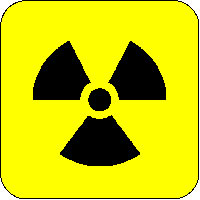 Environment Minister Didace Pembe said an investigation had been opened into the dumping, and he had no details.

"We must verify this. There has been a lot of speculation," Pembe said by phone from Likasi, a town near Congo's southern border close to where the material was dumped. He was accompanied to Likasi by officials from Congo's Atomic Energy Commission and other experts.

Likasi is not far from the village of Shinkolobwe, which provided the uranium used by the United States in the atomic bombs it dropped on Japan at the end of World War II.

Although the main mine shaft at Shinkolobwe was filled with concrete and closed in 1960 by Belgian authorities, uranium is still found in the area and thousands of local diggers have continued working in Shinkolobwe despite a presidential decree again ordering it shut several years ago.

Experts from the International Atomic Energy Agency have played down the dangers of the uranium at Shinkolobwe, saying that enriching the relatively small amounts of uranium found in the surrounding soil at the site to weapons-grade material would be a long and extraordinarily sophisticated process.

The mining minister for Congo's Katanga province announced on a U.N.-backed radio station that 17 tons of "highly radioactive" minerals had been found in a river in the region on Monday. He did not provide further details and could not be immediately reached for comment.

Pembe said he did not yet know who was behind the dumping, but suggested that one of the region's many mining enterprises were likely involved. The area is rich in cobalt, copper and uranium.