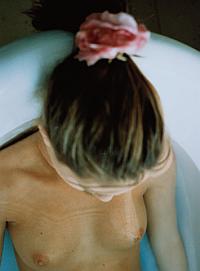 A Dutch man suspected of making and distributing child pornography videos was arrested in Austria.

The man, who has not been named, was arrested in Upper Austria during the night of Saturday to Sunday after a routine check of passengers on a bus revealed he was a suspected sex offender wanted by authorities in the Netherlands, Austria's Federal Bureau of Investigation said in a statement.

The bus was headed to the Dutch city of Rotterdam from Budapest, Hungary. The man, aged 60, was listed in the Schengen Information System, a database of information related to border security and law enforcement.

Dutch authorities also accuse the man of human trafficking and allege that he smuggled a Romanian girl to the Netherlands last year, where he and an accomplice sexually abused her and made pornographic videos, the statement said.

Dutch prosecutors have more video material that shows the man abusing other children, Austrian authorities said, adding that the man's daughter also claims she was sexually abused by her father and two other men.

The man is currently in detention awaiting extradition in the Upper Austrian town of Ried im Innkreis.