Indian fashion designer Anand Jon Alexander is out on bail of $2.1 million (EUR 1.43 million). He was charged for sexually assaulting 20 women whom he enticed with promises of super model career. 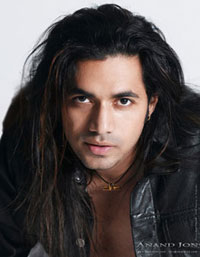 Alexander, 33, can be freed on bail pending his trial but he must wear an electronic monitor, cannot leave Los Angeles County without permission and must stay away from any women under 21, who is not a relative, Superior Court Judge David S. Wesley said Wednesday.

He was due back in court on Dec. 6 for a pretrial hearing.

Anthony Brooklier, one of Alexander's attorneys, said his client denies the charges and is "anxious to get out of jail."

Alexander was indicted on Sept. 27 by a Los Angeles County grand jury on 54 felony charges and five misdemeanor counts, including forcible rape, sexual battery by restraint and lewd acts upon a child. He was jailed without bail when the indictment was unsealed on Oct. 4.

Prosecutors contend that he assaulted women ranging in age from 14 to 27 who came from three countries and nine states, including California , between November 2002 and last March.

Prosecutors said he met women on the Internet and assaulted them when they visited with him to pursue modeling opportunities.

His defense has claimed some of the women made the allegations to seek fame.

Alexander faces similar sex charges in Texas and is under investigation in New York .

The India-born designer has worked with celebrities such as Paris Hilton, Michelle Rodriguez and Mary J. Blige. In 2003, he was among 20 people profiled by Newsweek as up-and-coming players in various industries.