Rosie O'Donnell a sharp-tongued talk-show host wrote on her blog that negotiations about giving her a prime-time talk show on U.S. cable channel MSNBC failed. 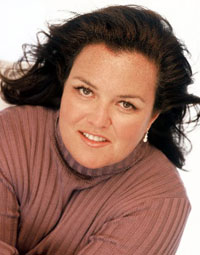 Saying the development was "just as well," O'Donnell wrote in her usual shorthand style: "poof/my career as a pundit is over/b4 it began."

The deal would have placed O'Donnell in the 9 p.m. slot, she said, opposite CNN's "Larry King Live" and Fox News Channel's "Hannity & Colmes." Fox News dominates prime-time ratings for cable news channels, according to Nielsen data; CNN is second, and MSNBC is a distant third.

A day earlier, an NBC executive had cautioned the sides were far from a done deal.

On her blog, O'Donnell told a slightly different tale: "we were close to a deal," she wrote, adding: "i let it slip in miami /causing panic on the studio end."

It was unclear whether O'Donnell was referring to her appearance at the Miami Book Fair International, where she reportedly used foul language and spoke negatively about President George W. Bush.

An MSNBC spokesman had no comment Wednesday night, and a call to O'Donnell's spokeswoman went unanswered.

O'Donnell hosted her own daytime talk show from 1996 to 2002. She also produced a Broadway musical and founded a short-lived namesake magazine before her tempestuous run on ABC's "The View."

Although she was at "The View" for less than a year before leaving in May, her boisterous, opinionated style and clashes with one of the co-hosts, Elisabeth Hasselbeck, a former "Survivor" contestant, were credited with boosting the talk show's ratings.