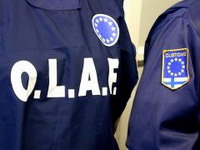 The three officials work at the Evzoni border crossing with Macedonia and were all charged with fraud and falsifying and concealing financial documents - criminal offenses that carry a maximum sentence of 25 years in prison.

They are accused of falsifying papers to allow the tax-free export of 55 container loads of tobacco, cigarette paper and filters bound for Germany and Austria.

Greek authorities were alerted by prosecutors in Germany who said the contents of the containers had been used at an illegal cigarette factory near the German town of Koblenz.

The three Greek suspects have not been detained and are due to give evidence before a public prosecutor in the northern city of Kilkis next week.