An ex-FBI agent, Lindley DeVecchio, was cleared of the charge of giving out confidential information to an informer of  a homicidal mob. It was concidered to be one of the worst law enforcement corruption cases in U.S. history. 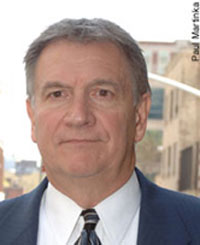 Lindley DeVecchio, who had denied the charges for years, heard the news in a Brooklyn courtroom one day after a key government witness, mob moll Linda Schiro, had her testimony undermined by a taped interview done with two reporters a decade ago.

As DeVecchio stood in the courthouse well after the decision was announced, applause filled the courtroom from about two dozen supporters _ many of them former FBI agents who worked side by side with the defendant.

Schiro testified earlier this week that DeVecchio had fed her gangster boyfriend, Gregory Scarpa, secret FBI intelligence that was then used to kill four suspected rats or rivals in the Colombo crime family.

This week, journalist Tom Robbins revealed in the Village Voice that Shiro had provided him with a different account during a 1997 interview.

Assistant District Attorney Michael Vecchione said it was "in the interest of justice" to dismiss the charges against the former agent.

"Had we been provided these tapes much earlier in the process, I dare say we wouldn't have been here," the prosecutor said.

The dropped charges marked a stunning collapse of the case against DeVecchio in the midst of his trial.

The 1997 interview of Schiro became the focus of a legal fight Wednesday when defense attorneys announced they had subpoenaed tapes of the question-and-answer session, hoping the tapes would undermine her crucial testimony against DeVecchio.

Prosecutors and defense attorneys listened to the tapes behind closed doors Wednesday in an effort to determine how damaging they would prove to the prosecution's case. Schiro had been expected to undergo a second round of cross-examination, but court was canceled for the day.

Defense attorney Douglas Grover predicted the tapes would fully discredit Schiro and vindicate DeVecchio, who has consistently declared his innocence.

"We're just thankful that it's all come out," he said.

The interviews were conducted by reporters Tom Robbins and Jerry Capeci. Robbins revealed their existence in a Village Voice piece published this week.

"One thing is clear: What Linda Schiro is saying on the witness stand now is not how she told the story 10 years ago concerning three of the four murder counts now at issue," Robbins wrote in a story headlined "Tall Tales of a Mafia Mistress."

Prosecutors claim DeVecchio was plied with cash, jewelry and hookers by Scarpa in return for confidential FBI intelligence that was then used to kill four suspected informants or rivals in the Colombo crime family in the late 1980s and early '90s.

In her testimony, Schiro, 62, said she would regularly sit in on weekly meetings between DeVecchio and Scarpa, who died in prison in 1994. She also said she overheard the agent warn her boyfriend about potential rats and rivals in a power struggle within the Colombo family, including the four murder victims.

But the Village Voice reported that in the 1997 interview, Schiro linked DeVecchio to only one of the slayings in the indictment. For instance, when asked about one victim, she insisted the agent had nothing to do with it.