Injured Chelsea defender Alex will not take part in the World Cup qualifying tournament next week. 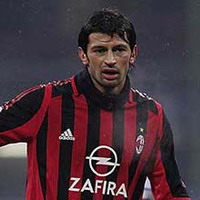 It was the second consecutive time Alex was cut from Brazil's squad because of an injury. He had already missed the friendlies against the United States and Mexico earlier this year.

FC Barcelona's Ronaldinho and AC Milan's Kaka will lead Brazil's team in the South American qualifiers for the 2010 World Cup. The team will begin its preparation on Tuesday in Rio de Janeiro.

Only nine players from coach Dunga's current list were included in last year's World Cup roster in Germany, when the five-time world champion was eliminated in the quarterfinals by eventual runner-up France. Among those, only Ronaldinho, Kaka and Gilberto Silva were starters.

Brazil will play two other qualifying matches later this year - against Peru and Uruguay in November.