Anti-doping chief: Beijing to be cleanest Olympics in years 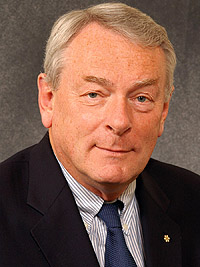 Anti-doping chief: Beijing to be cleanest Olympics in years

The World Anti-Doping Agency chief said Thursday that the 2008 summer Olympics were on track to be the most doping free in the sports spectacular's recent history.

Dick Pound said he had been deeply impressed by China's progress in reining in its once-notorious doping since his initial visit last year.

"All in all, when you look around the world and see what other countries are doing, I think it's now safe to say that China is in the vanguard of this," Pound told reporters at his Beijing hotel.

Asked if he thought next year's Games would be the cleanest yet, Pound answered: "I think they might be, partially because of what is being done here, partially also as a result of the Athens Games, where at least as far as the Olympic movement is concerned, there was a real line drawn in the sand."

Improved detection technology and a zero-tolerance policy toward doping or irregular behavior of any kind will deter cheats who know they are "going to be caught and disgraced," Pound said.

"All that, I hope will combine to produce what I hope will be the cleanest Games ever," Pound said.

Pounds comments underscored the huge efforts undertaken by the central government to shake a reputation for doping among Chinese athletes dating from the doping scandals of the mid-1990s when several dozen swimmers and other athletes were banned for using performance enhancing drugs.

Problems are believed to remain at the regional level, however. Last year, students at a sports school Liaoning province north of Beijing were caught using performance-enhancing drugs including EPO, steroids and testosterone.

Pound said Chinese officials had pledged that all the nation's athletes would be drug-free for the Olympics, and that "there will be no Chinese athlete on any team that hasn't been tested."

Pound praised China for centralizing its anti-doping measures under the sports ministry, which has forged agreements with sports bureaus at the provincial level to discourage doping.

He also welcomed educational programs and a 20 percent increase in the numbers of tests conducted this year to around 10,000, but said that "smarter" testing targeting the most potentially problematic athletes and programs for testing was just as important "rather than simply relying on the gross number of tests being conducted."

Pound said China's testing agency, the China Anti-Doping Commission, was truly independent, boasting first-rate facilities and funding, all of which it owed at least in part to Beijing's determination to host a hugely successful Olympics.

"Of course, they have benefited enormously from the fact that Beijing is the host for 2008," Pound said.

While China has yet to fully execute its new anti-doping regime, "all of us are convinced that the Chinese government wants this to work," he said.

In a sign of its new attitude toward doping, Pound said China had responded swiftly to requests for help with this week's massive U.S. crackdown on illegal steroids. Some of the drugs seized in raids on 56 labs making growth hormone for sale on the black market allegedly came from China.

"They take it seriously, they are in active cooperation with the various international agencies that are involved" such as the U.S. Drug Enforcement Agency. He said China had also agreed to share whatever information uncovered in its own investigations.

"It's pretty early in the process to know exactly what all the information may be, but I think they are equally committed to doing something whatever is appropriate if they find there are illegal activities here in China," he said.