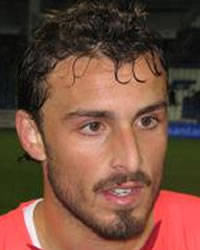 Sevilla defender Antonio Puerta died Tuesday (www.goal.com)
The 22-year-old Puerta had been in an intensive care unit since Saturday and had been given assisted ventilation but his condition worsened Tuesday, the Virgen del Rocio hospital said.

A statement by his managers was expected to be released shortly.

Puerta lost consciousness and fell near his own goal Saturday in the 31st minute, but was able to walk off minutes later after being treated by team doctors.

He collapsed again in the locker room before being taken to the hospital, where he has been since.