The Detroit Red Wings signed a seven-year contract with Pavel Datsyuk that will keep the 28-year-old star center wearing the winged wheel for seasons to come. 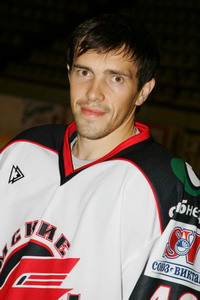 The Russian player with great hands and dazzling moves leads the Wings with 87 points - 27 goals and 60 assists.

He would have become an unrestricted free agent this summer.

"Everyone in the organization wanted him to stay with us," said team owner Mike Ilitch.

Datsyuk has got better each year since making his debut with the Wings during the 2001-2002 season, in which he tallied 11 goals and 24 assists in 70 games and raised the Stanley Cup at season's end. He managed 51 and 68 points the next two seasons, before playing with Moscow Dynamo during 2004-2005 when NHL players were locked out.

In 2005-2006, Datsyuk recorded 28 goals and 59 assists, but posted a disappointing three assists in a five-game upset loss to Edmonton in the first round of the playoffs.