Exercise improves your heart and fights the flab that comes with aging. But it may also prevent stiff, achy joints that can lead to debilitating arthritis, according to new research. 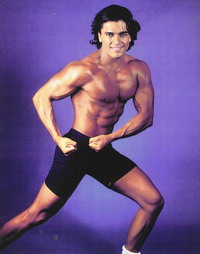 An Australian study claims , the higher chances of staying pain-free from one of the biggest chronic conditions by spending more time exercising

Even exercising as little as one hour and 15 minutes a week now can make a difference over the next three years, according to findings recently published in the journal Arthritis Research & Therapy.

"I don't think the results are suggesting that you should just become this maniac exerciser," said lead author Kristiann Heesch from the University of Queensland, Australia. "What it does suggest is that just adding some walking and moderate activity to your life can make a big benefit."

One in five American adults has been diagnosed with arthritis - half of those over age 75 have reported it - costing billions of dollars (euros) each year. In both the United States and Australia, it is the No. 1 cause of disability.

Doctors have long encouraged exercise among aging patients to keep joints flexible, muscles strong and to keep off weight, which is a leading risk factor for arthritis.

The Australian study is the first that focuses specifically on middle-aged and older women who did not have a history of stiff and painful joints. It looked solely at pain and symptoms reported by more than 8,700 Australian women over a three-year period, and could offer a vital clue about prevention.

Women in their 70s who exercised 75 minutes a week reported fewer symptoms of arthritis than those who did less, while more spry women who were active at least 2½ hours weekly had even less pain in the three years that followed. Although there appeared to be a direct correlation between exercise and lower joint pain, the reasons why the apparent link existed were less clear.

Conversely, exercise had no effect on arthritis symptoms reported by middle-aged women. Heesch said it is unclear why the results differed among the two age groups.

The findings also contradict some earlier research, which found no direct link between fitness and arthritis. The Australian study, published last week, focused on specific age groups of fairly healthy women predominantly from rural areas who had not been diagnosed with arthritis, which may partially explain the difference, Heesch said.

"If we could put out a pill that would solve a lot of problems, it would be physical activity, but we can't wrap it up into a little pill and give it to people," she said. "Particularly with the baby boomers getting older, there's going to be a lot more griping and need to address this."

She said walking, swimming, yoga, tai chi and even some weight training were all great ways for older women to exercise after getting their doctors' approval. More women than men suffer from arthritis, and the risk increases greatly with age.