Former Russian boxer Konstantin Tszyu said that he was very upset with the news about the death of boxer Maxim Dadashev, who died on July 23 in the United States. 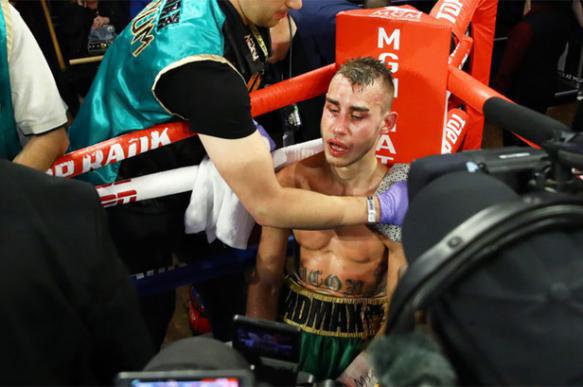 "How did this happen? Maybe it was dehydration or something. The trainer should have sensed the moment, he should have stopped the fight," Tszyu said.

In his opinion, the team should carefully observe the condition of their athlete. "There must have been certain preconditions for what has happened, how he was doing the weights, whether there was dehydration, all this must be taken into account. (...) I was not familiar with Maxim, but for me it is a very difficult feeling," the former boxer said.

Russian boxer Maxim Dadashev died at a hospital in the United States on July 23. Dadashev's acquaintance said that the 28-year-old suffered a cardiac arrest.

The boxer was hospitalized after he lost a fight to Sabriel Matias of Puerto Rico on July 20th. The fight was stopped during the 11th round, when Dadashev missed a series of punches, and the team of the Russian boxer decided to stop the fight. His trainer Buddy McGirt had tried to convince Dadashev to stop, but by the 11th round the boxer could hardly understand what the team wanted from him. He could only make signs of negation.

After the fight Dadashev became sick, he started vomiting and eventually lost consciousness. The Russian was hospitalized in critical condition. He was diagnosed with severe cerebral edema.

The athlete underwent a cranial trepanation surgery, after which he was induced into a coma.

Dadashev debuted in professional boxing in 2016. He had never lost a fight prior to the fight against Matthias, having thus scored 13 consecutive victories.

Below you can find a reference to other tragic incidents that have taken place in the world of boxing during the recent years.

Boxer Mike Towell of the UK died after a fight against Dale Evans in the autumn of 2016. In five rounds of the fight, Evans knocked down the opponent twice, after which the referee stopped the fight. Towell was taken to a hospital where doctors diagnosed him with cerebral hemorrhage. The boxer spent last days of his life being connected to an artificial lung ventilation machine, but doctors could not help the athlete.

Boxer Francisco Ruiz of El Salvador died in 2017 at the age of 24. In the eighth round of the fight against Ricardo Cortes, he missed a powerful punch, which sent him to the floor of the ring. During the fall, Ruiz hit his head. When at hospital, doctors performed a brain surgery on the athlete, but the boxer did not come out of the coma in five days. Relatives disconnected Ruiz from the life support apparatus.

In February of 2018, British boxer Scott Westgarth defeated Jack Spellman, but died after the fight. During ten rounds of the fight, the athletes scored knockdowns, and the referee awarded victory to Westgarth. Immediately after the fight, the boxer got sick; he lost consciousness. He was later diagnosed with brain hemorrhage. A few hours later, Westgarth died.

Italian boxer Christian Dagio died in November 2018 in a fight against Don Paruang. In the last round, the Italian missed a series of punches and collapsed on the floor. Dagio lost consciousness, and the referee stopped the fight. The unconscious boxer was sent to hospital, where he died a few days later from a brain injury. He was 49.