Oleksandr Usyk, the undisputed cruiserweight champion in boxing, renounced the "Hero of Ukraine" title. The athlete said that he simply did not need it. 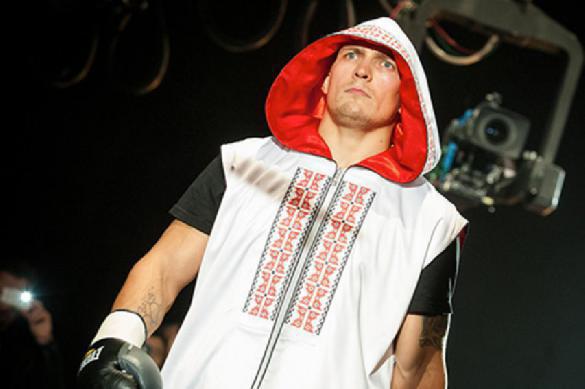 According to Usyk, "he does not need any stars." In his opinion, he is already a hero for his people, so he does not see much sense in such honours.

A few weeks ago, the Ukrainian boxer defeated Murat Gassiev of Russia. The fight took place in Moscow. Ukrainian Vice Prime minister Vyacheslav Kirilenko said that no one would believe stories of Russia's aggression in Ukraine anymore. According to him, Russia should not host any positive events with the participation of Ukrainian citizens.

Usyk's compatriot, Ukrainian writer Larisa Nitsoy, called the boxer a coward and a vatnik (pro-Putin activist - ed.). In her opinion, the athlete should have yelled "Glory to Ukraine!" after his victory, but Usyk did not do it.

Yet, Usyk has his own views on the current confrontation between Russia and Ukraine. According to the boxer, he sees no difference between Ukrainians and Russians and considers the two nations as one people. There are no barriers to peaceful coexistence - they exist only in people's minds, Oleksandr Usyk said.