While Russia is preparing for the World Cup this summer, an Argentine sports channel released a video mocking the Russian law that bans the propaganda of homosexual relations. 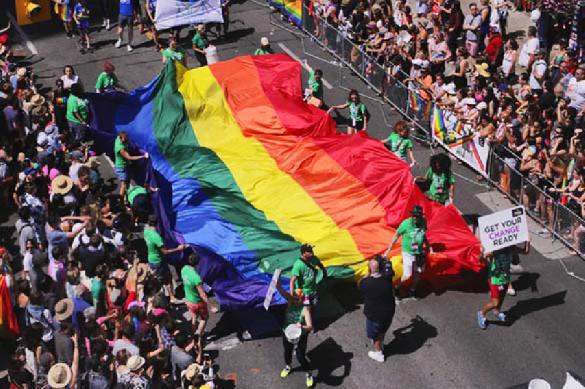 On Thursday, May 10, Ad TyC Sports broadcast a video addressing the decision of the Russian government to ban "gay propaganda" in the Russian Federation. The video is made with humor and makes references to various situations, whether it is a reaction of football fans to a goal or a protest against a decision of a referee.

"Mr. Putin, we found out that your country does not admit displays of love among men. So we are in trouble!" the video says.

The ad shows a man over the farewell of a soccer player on TV, saying, "We come from a country where it's normal to see a man cry over another man." "Perhaps for tough men like you, it is hard to understand some love gestures ... there's nothing more exciting than to see a bunch of men jumping naked in the locker room,"  the commercial then says.

Earlier, the press service of "Russia-2018" organising committee reported that homosexual individuals would be allowed to hold hands and kiss in stadiums.