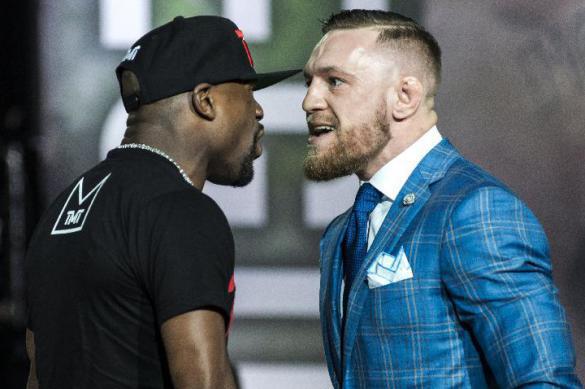 The incident occurred in New York City. The police said that McGregor attacked the bus of the team of Russian fighter Khabib Nurmagomedov.

Fighter Artem Lobov, a Russian holding Irish citizenship, who is a close friend of McGregor's, also took part in the conflict. McGregor was arrested. Most likely, he will not be allowed to enter the ring this weekend.

UFC fighter 223  between Khabib Nurmagomedov of Russia and Max Holloway of the USA will take place as previously planned.

Earlier, Nurmagomedov and Lobov had a conflict in a New York this week. Most likely, McGregor wanted to see Nurmagomedov to talk about the incident at the hotel, but could not hold his anger and attacked the bus, in which the Russian athlete was staying.

"I was laughing inside. You broke the window? Why? Get inside. If you're a real bandit, why didn't you get inside? New York City is a place that has a rich gangster history. You wanna talk? Tell me where you are. I will come, no problem. I was raised like this. They did not teach me to throw chairs at buses. This is not my bus anyway," Khabib Nurmagomedov later said.

Conor McGregor, a martial arts fighter from Ireland, lost the title of the Absolute Fighting Championship (UFC) in light-weight. The athlete decided to keep the title in another weight class.

The new light-weight champion is Brazilian athlete Jose Aldu. The Irishman was the first fighter in the history of the championship, who simultaneously held two titles in different categories.