Russia at the Olympics: The spirit never dies

The main intrigue of the Winter Olympics was the participation of Russian hockey players, whereas the main result is the emergence of young athletes who "fought to the end," Olympic champion in speed skating, first deputy chairperson of the State Duma Committee for International Affairs, Svetlana Zhurova told Pravda.Ru 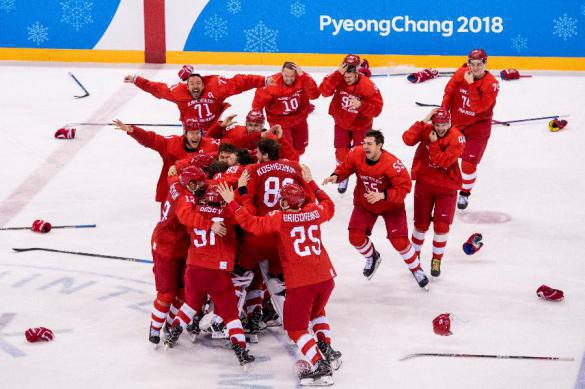 "It is not the 13th place that Russia took at the Games - it is the number of medals that is important. The IOC barred practically all of Russia's strongest athletes from these Games, so one did not have much hope about gold," Zhurova said.

"We knew that hockey players and figure skaters could really take gold medals, and that other medals would be absolutely incidental, because all leading athletes, who could win them in bobsleigh, skeleton, speed skating and skiing, were excluded from the Olympics," Svetlana Zhurova told Pravda.Ru.

The main outcome of the competition, Svetlana Zhurova noted, was the appearance of young athletes who "fought to the end." Russian skiers won nine medals even though no one expected it from them. In Finland, she said, a whole generation of skiers used to be eliminated as part of the anti-doping struggle. "That was not the struggle for the purity of sport - it was the struggle against sport, and I was very glad that there were Finnish and Russian skiers on the pedestal in Pyeongchang - this is an indicative phenomenon," Svetlana Zhurova said.

For Russia, the main intrigue of the 2018 Winter Games was the participation of Russian hockey players and their triumphant victory. It was them, who made it clear to all Russian athletes that they had to go to South Korea. "If we hadn't won in ice hockey, it would have looked very unpleasant for everyone. It was a very symbolic victory," the MP told Pravda.Ru.

At the same time, Svetlana Zhurova pointed out the "unworthy behaviour" of Russian fans in social media with regard to German hockey players. "The pictures that appeared in social media  - images of the Reichstag after the Victory  - they showed disrespect for German players, who were struggling and playing very well. There are things that should not be politicised, because in sports, one must respect the rival. Our rival has lost, but we must show some respect," she added.

Team Russia has collected 17 medals in Pyeongchang: two gold, six silver and nine bronze ones. Russia was ranked 13th in the unofficial classification and sixth - in overall number of medals.