Spectators and TV commentators of Australian Open in Melbourne showed a negative reaction to the performance of Belarusian tennis player Aryna Sabalenka. 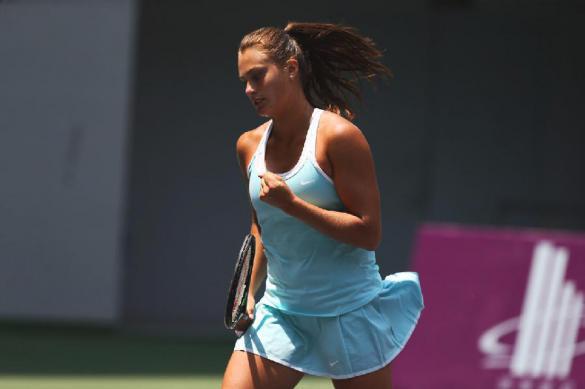 The audience was disgusted with the sounds that the athlete was producing doing the game. People in the stands started mocking the tennis player. When a referee asked them to keep quiet, TV commentators continued making scathing remarks about Sobolenko's screams on Twitter.

"Ladies and gentlemen, please do not scream during the rally," a referee said to the audience, whereas  Australian commentators said that the screams were not coming from the fans.

Pam Shriver, the former US player and now commentator, wrote the following on Twitter:  "Sabalenka has 347 different sounding grunts. What a talent."

"It's totally unacceptable the amount of 'noise' coming out of Aryna Sabalenka's mouth as she hits most of her shots. It must be a distraction to Ash Barty. It's ruining the match," Adam White tweeted.

Australian tennis player Ashley Barty, who won the match, later said that said that the real problem was about the fact that so many people were distracted by something so insignificant. "We knew it was coming," she said. "I hadn't seen a lot of her matches but my coach had watched vision. He was aware it was coming. A lot of players grunt. A lot of players don't grunt. It's just the way they are, the way they play. For me, it wasn't a distraction. It wasn't anything like that. It was just part and parcel. I knew it was coming."