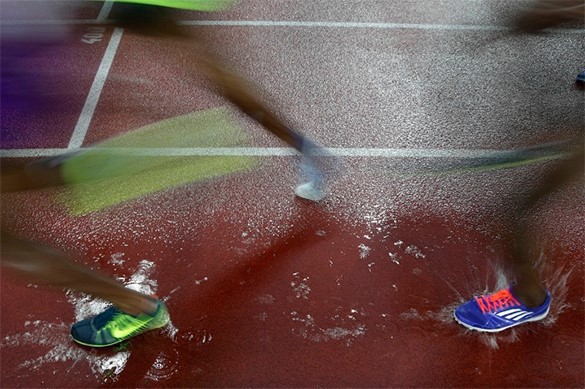 Eighteen athletes, who were admitted to the championships, will compete under the neutral flag after the All-Russian Athletics Federation has been suspended from the IAAF World Championships.

"The rules are extremely tough: uniforms, bags, cosmetics, elastic bands, bracelets, tattoos - nothing is allowed if it is associated with the Russian flag. Tattoos will have to be taped up. A Russian anthem ringtone is not allowed either. All this sounds stupid, but it fits the logic of the International Association of Athletics Federations well," 2015 world champion in 110-meter hurdles Sergei Shubenkov told Izvestia.

Athletes believe that the purpose of such prohibitions is to exclude Russia from international athletics.

Earlier, the International Association of Athletics Federations allowed 16 Russians to participate in international competitions as neutral athletes. In total, 39 Russian athletes are allowed to compete at various levels in the neutral status this year.