Ice hockey player Pavel Bure has renounced US citizenship. Bure said that he had made the decision in 2016, RIA Novosti reports with reference to documents of the US Treasury Department. 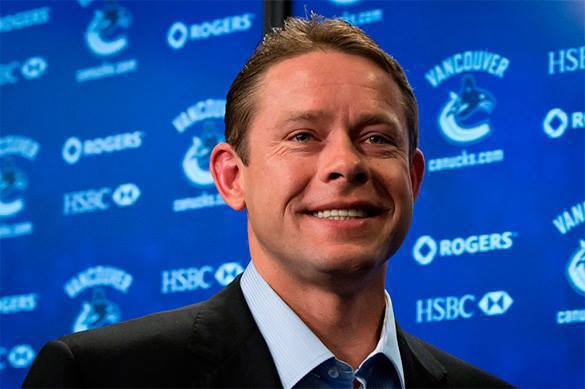 Bure, known as the Russian Rocket, had played 12 seasons in the National Hockey League. His name appears on the list of individuals who chose to renounce US citizenship.

"Legally, I refused from the passport a year ago. I was working in the USA and Canada for a long time, but I always said that my home is Moscow, Russia. I have been living in Russia permanently during the recent six years. My whole family live here, so the US passport was no longer needed. I have never thought of myself as a US citizen. I needed the document only for the convenience of working overseas," Bure told Life.

The document also lists British Foreign Minister Boris Johnson, who was born in 1964 in New York and had dual citizenship.

In the NHL, Pavel Bure had played for Vancouver Canucks, Florida Panthers and New York Rangers. For his speed on ice, Bure was nicknamed the "Russian Rocket." The player ended his career in ice hockey in March of 2005 .

As a National Hockey League player, Bure had 702 matches, in which he scored 437 goals. In 2012, he was inducted in the NHL Hall of Fame.