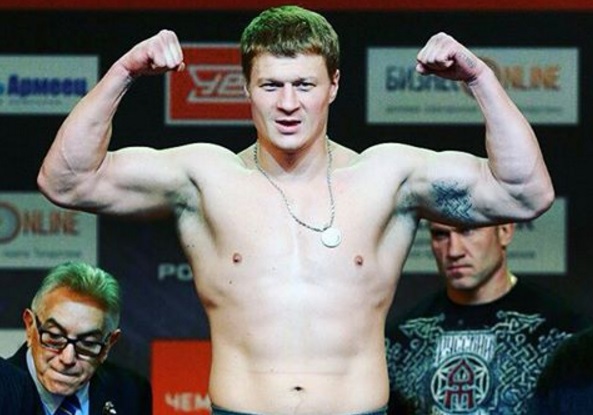 At the same time, the head of World of Boxing promotion company, Andrei Ryabinsky, told TASS that alternative doping tests of the Russian boxer that were conducted in Lausanne, Switzerland, gave a negative result. "We have received the results from another lab in Lausanne. They are clean," Ryabinsky said.

According to famous boxer Denis Lebedev, the results of Povetkin's "B" doping sample do not establish the athlete's guilt. "I'm sure he had not taken anything. To be honest, I was sure in my heart that it would happen, because if his ill-wishers could make make his first test positive, then the "B" sample would definitely be dirty," said Lebedev.

The procedure to open Povetkin's sample was conducted on February 1 in Los Angeles (USA). Povetkin's doping sample from December 6 contained a minimum quantity of ostarine, a prohibited substance. The team of Canadian boxer Bermane Stiverne refused to fight with the Russian for the title of WBC interim champion. The fight was supposed to be held on December 17 in Ekaterinburg, Russia.

Later it became known that Povetkin's samples from December 13 and 15 were tested negative. "It is too early to speak about the next steps in relation to him, we will investigate, collect all the facts, and hold hearings before making the decision," president of the World Boxing Council (WBC) Mauricio Sulaiman said.

Russian boxer Alexander Povetkin can be suspended from fights under the auspices of the WBC for an indefinite period of time. This may happen only if he is found guilty of using doping within a year. The boxer will have to take doping tests during the year. Should one of them be tested positive, Povetkin will be suspended from WBC competitions indefinitely.

"One always has to understand that meldonium was a legal drug, but then, all of a sudden, it was declared a prohibited one. Athletes may not know that they may take a recovery substance. Athletes may believe that everything is fine, but then they can be accused of using doping drugs. They may declare ascorbic drug illegal tomorrow, and the whole world will be pointing finger at you," Olympic champion and State Duma deputy, Svetlana Zhurova told Pravda.Ru.