Two-time Olympic champion in pole vaulting, Russian athlete Yelena Isinbayeva, said that her election to the International Olympic Committee (IOC) was a victory for all Russia. 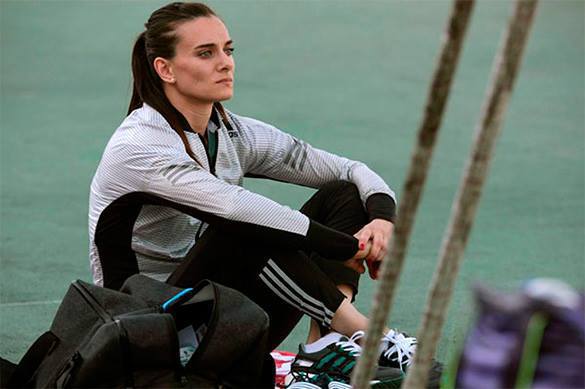 "I was very pleased (to go on stage at the closing ceremony of the Rio Olympics - ed.). I was  very proud that we have defeated the circumstances. My election to the IOC is a victory for the whole country, it is not my personal victory," Yelena Isinbayeva said, R-Sport wrote.

Isinbayeva received 45 out of 70 votes for her support. She was introduced as a member of the International Olympic Committee at the closing of the Olympic Games in Rio de Janeiro.

Interestingly, the United States may lose the right to host the Olympics in 2024 because of the US-led anti-Russian campaign in sport, Reuters reported citing a senior source at the IOC.

It goes about Los Angeles, a candidate city for the summer Olympics in 2024. LA struggles for the right to host the Olympic Games in 2024 with Paris, Rome and Budapest.

"The bid from the USA may come across protests on the part of several IOC members, who remain angry about the important role that America has played in bringing doping charges against Russian athletes," the unnamed source said.

The hosting city for the Summer Olympics 2024 will be announced in September 2017.

Because of WADA accusations (the organization is funded by the USA), Russia lost nearly a half of its athletes during the Olympic Games in Rio. Despite the lack of evidence, most of the Russian track-and-field athletes, the entire weightlifting team and representatives of other sports were excluded from the 2016 Summer Olympics.

It is worthy of note that IOC President Thomas Bach had asked WADA chief Richard McLaren to provide all available information proving violations of the anti-doping law in Russian sports. McLaren refused to provide any evidence by saying that it was "unimportant," Bach told reporters.

At the same time, McLaren provided the results of his infamous report to the US Anti-Doping Agency. As a result, US sports officials demanded the IOC should exclude Russia from the Olympics entirely.

To crown it all, Russian pranksters called WADA and USADA officials, having introduced themselves as representatives of the Ukrainian government. During the prank call, the Western sports officials acknowledged that the anti-doping scandal against Russia was purely political. They also admitted that their ultimate goal was to exclude the Russians from all competitions.