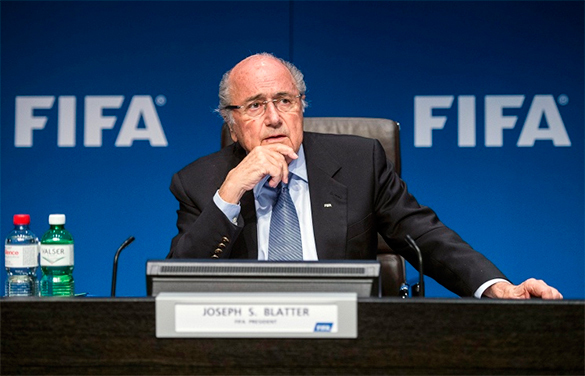 Sepp Blatter, who has been recently re-elected as FIFA President (Fédération Internationale de Football Association) has announced his resignation. Blatter's surprising decision came only four days after the vote at the congress of the organization in Zurich.

Blatter announced his resignation at an emergency press conference on Tuesday, Pravda.Ru reports. As it could be understood from his words, there were people in the organization, who did not accept him as FIFA President.

"My mandate does not appear to be supported by everybody," Blatter said. "I will continue to exercise my function [until the new election]," he added.

The head of the organization requested the executive committee summons an extraordinary congress to elect a successor.

Many assumed that Blatter was resigning under pressure from the Americans. Noteworthy, many journalists predicted prior to his reelection that Blatter would resign anyway.

Earlier, Russian President Vladimir Putin stated that the recent arrests of FIFA officials had the goal to discredit Sepp Blatter to prevent his re-election. According to Putin, it was an act of flagrant interference into affairs of international organizations. In addition, the arrests that were conducted by US law enforcement agencies demonstrated Washington's another attempt to put pressure on other countries. The arrested officials were not nationals of the United States, Putin said.