Vitali Klitschko to be stripped of his belt 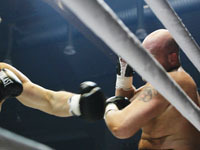 Ukrainian heavyweight boxer Vitali Klitschko may lose the championship belt, should he makes no final decision regarding his career before November 30, the WBC administration said at the annual conference in Bangkok.

Rumors about the move of Vitali Klitschko to quit the boxing career appear every now and then. In November 2005, Klitschko announced the end of his career, but after two years he returned to boxing.

Since 2006, Klitschko was engaged in political activity and became an advisor of President Yushchenko. The same year, he was fighting for the post of the mayor of Kiev. In 2010, Klitschko became the chairman of UDAR party (Ukrainian Democratic Alliance for Reforms). In October 2013, he announced his intention to run for president in 2015.