Cuban athlete disappears in Russia not to return home to Cuba 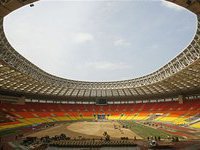 A participant of the final race in men's 110 meters hurdles at the Olympic Games in London, Cuban athlete Orlando Ortega, refused to return home from Russia, where he arrived to take part in the World Athletics Championship. The athlete escaped from the location of the national team.

The 22-year-old athlete performed at the athletics championship in Moscow poorly and was out of the competitions during qualifiers. The Cuban Athletics Federation has expressed its condemnation of the act of the runner.

Previously, the Cuban authorities banned 2008 Olympic champion and former world record holder in men's 110 meter hurdles, Dayron Robles, from performing at the national team. The athlete was forced to leave the sport.