Maria Sharapova will not change her name 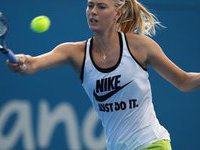 Russian tennis star Maria Sharapova has decided not to change her name to Sugarpova during her participation in the U.S. Open.

Previously, the tennis player announced such an intention to promote her confectionery brand Sugarpova.

According to Sharapova's agent, Max Ayzenbad, Maria has decided not to change her name due to paperwork difficulties. Sharapova holds the Russian citizenship and the "green card" that allows her to live in the United States. To change the name, she would have had to file a petition in the state of Florida and obtain a consent from the court. To crown it all, Sharapova could lose her advertising contracts.