London Olympic Games fully pay off in one year 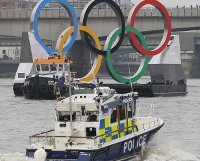 Last year's summer Olympics in the British capital, which cost the UK  8.9 billion pounds, has fully paid off. Moreover, it has brought the country's economy almost 10 billion pounds, independent experts said in their report published Friday.

According to the report, the gains from trade, victory in tenders and foreign investment a year after the closing of the Games attracted £ 9.9 billion to the budget (equivalent to 15.05 billion U.S. dollars).

That is not all. According to experts, the income associated with the Olympic Games in 2020 will increase and reach the amount of 28-40 billion pounds.