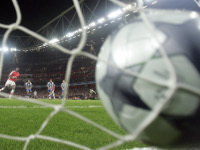 Hackers attacked the account of the President of the International Football Federation (FIFA) Joseph Blatter and the FIFA World Cup 2014, the official website of the organization said.

The hackers posted a message on FIFA's website on behalf of Blatter.  The message said that Joseph Blatter resigned from his post due to corruption scandals surrounding FIFA. In addition, the hackers posted a statement saying that one of the sons of the King of Jordan - Prince Ali Bin Al Hussein - would become Blatter's successor.

In addition, the perpetrators hacked the official account of the 2014 World Football Championship, to be held in Brazil. The Federation has addressed to the competent authorities that will investigate the incident.