The Russian Football Union has been fined 30,000 euros for the actions, committed by Russian fans during the game between Russia and Poland during Euro 2012 championship. UEFA officials stated that Russian fans were setting off fireworks and throwing them on the football field. The fans were also displaying illicit banners, the officials added. 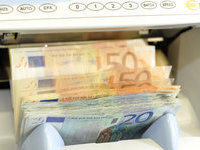 In addition, a Russian supporter invaded the pitch during the day of the match. UEFA refused to consider numerous clashes between the Russian supporters and Polis extremists that occurred before and after the game in Warsaw. The Polish Football Union was fined 4,000 euros for the use of fireworks on the tribunes of the National Stadium.

The clashes started during the march of the Russian supporters to the National Stadium prior to the game. The march was organized on June 12th, when all Russians were celebrating their national holiday - Russia's Day. Groups of masked people attempted to attack the column of Russian football fans. There were 184 people arrested in total: 156 Poles, 25 Russians, as well as a Spaniard, a Hungarian and an Algerian. Dozens of people, including 17 law-enforcement officers, suffered injuries during the clashes.