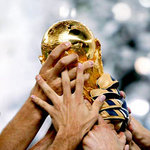 In a stunning pair of decisions Thursday, FIFA, world soccer's governing body, voted to award the 2018 Men's World Cup to Russia and the 2022 tournament to Qatar.

It was a case of FIFA boldly going where FIFA has not gone before. The World Cup has never been staged in either the former Eastern bloc or in the Middle East.

England and the U.S. originally had been favored to host the 2018 and 2022 tournaments, respectively, but they fell by the wayside earlier in the voting in Switzerland by the 22 memebers of FIFA's executive committee, according to Los Angeles Times.

According to BusinessWeek, Sepp Blatter, president of the Federation Internationale de Football Association, or FIFA, soccer's world governing body, made the announcement after an executive committee vote today in Zurich. Russia topped England and joint bids from Portugal and Spain and Belgium and the Netherlands.

"Thank you for believing in change, thank you for expanding the game and thank you for giving Qatar a chance," the country's bid chairman, Sheikh Mohammed bin Hamad Al-Thani, said after the victory. "We will not let you down."

The Russian victory gives Prime Minister Vladimir Putin his third success in attracting global sports events to boost the economy and rebuild the country's image as an athletic superpower.