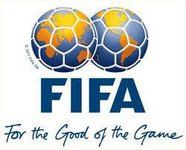 Fifa, football's world governing body, has banned two members of its executive committee from taking part in the votes to decide the host countries of the 2018 and 2022 World Cup competitions following an investigation into allegations of corruption.

But it has found insufficient evidence to prove that two bidders, thought to be Qatar and the joint Spain/Portugal bid, were colluding to secure votes. The two executive committee members, Amos Adamu and Reynald Temarii, were at the centre of a Sunday Times undercover investigation last month, Financial Times inforns.

The pair were secretly filmed by the British newspaper appearing to offer their votes for sale to reporters.

Adamu had already pre-empted Fifa's announcement on Wednesday and released a statement declaring he would challenge the decision.

'I am profoundly disappointed with the Ethics Committee's findings and had honestly believed I would be exonerated of any charges by now,' the Nigerian said.

'I am innocent of all the charges levelled against me by the Ethics Committee and I completely refute the decision they have made.', Metro reports.