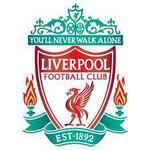 "Like the previous offer tabled, the new offer is entirely in cash and will remove the entire acquisition debt of 200 million pounds taken on by the existing owners that has cast uncertainty over the club's future," Lim said in a statement issued via his spokeswoman.

He would also make a further 40 million pounds ($63.5 million) available for the purchase of new players, Reuters informs.

Lim says his offer is entirely in and will cover the 200 million pounds debt incurred by current owners when they bought the club.

Royal Bank of Scotland, which holds the bulk of Liverpool's debt, has taken co-owners Tom Hicks and George Gillett Jr to the London High Court in an attempt to prevent them from removing rival board members supporting a 300 million-pound sale to the Boston group, which owns the Red Sox, Times LIVE reports.