Serena Williams Re-established Herself as Female Athlete of the Year

Serena Williams becomes the women's World Champion for the first time since 2002 after producing her best performances at the biggest events. 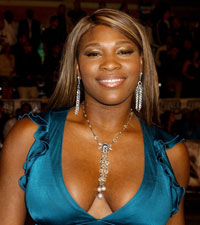 Serena Williams Re-established Herself as Female Athlete of the Year

The 28-year-old American captured two Grand Slam titles, at the Australian Open and Wimbledon, to improve her collection to 11 majors.

She went on to win the season-ending WTA Championships in Doha, sealing the No.1 ranking in the last event of the year, AFP reports.

Playing her best at the most important events, Serena Williams re-established herself as the top player in women's tennis in 2009 and was a landslide choice as Female Athlete of the Year by members of The Associated Press.

Williams received 66 of 158 votes cast by editors at U.S. newspapers that are members of the AP. No other candidate got more than 18 votes in the tally, which was announced Tuesday.

Clearly, Williams' most infamous on-court episode — a tirade directed at a line judge after a foot-fault call near the end of her U.S. Open semifinal loss in September — didn't hurt her standing in the eyes of the voters.

"People realize that I'm a great player, and one moment doesn't define a person's career," Williams told. "And I was right, for the most part: It wasn't right the way I reacted — I never said it was — but I was right about the call," The Associated Press reports.