Trent Green is among 9 cuts made by Miami Dolphins

An American football quarterback, Trent Green, is no more a Miami Dolphin. 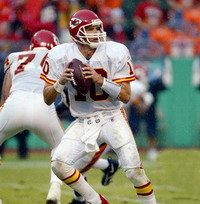 Trent Green is among 9 cuts made by Miami Dolphins

On October 20, 2007 , the Dolphins announced that Green will be placed on injured reserve and Cleo Lemon will be the starting quarterback. Following the season, Green became one of nine players released by the Dolphins on February 11, 2008 .