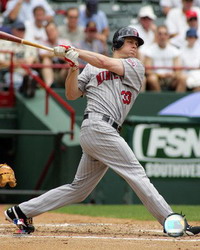 Justin Ernest George Morneau, a Major League Baseball player, has reached an agreement with the Minnesota Twins over a multi-year deal to keep the 2006 AL MVP in town.