Misty Conrad describes it with fears. It was no good when the TV and lights inexplicably flicked on at night and her daughter began talking with a girl murdered in the house. 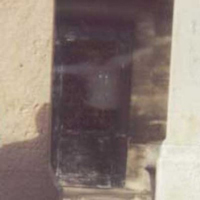 Put Conrad, a homemaker is firmly in the camp of the 34 percent of Americans who say they believe in ghosts, according to a pre-Halloween poll by The Associated Press and Ipsos. That is the same proportion who believe in unidentified flying objects - exceeding the 19 percent who accept the existence of spells or witchcraft.

Halloween is Oct. 31, a day when children dress in costumes, sometimes as ghosts, and go door-to-door seeking candy or other sweets. This is called trick-or-treating.

Forty-eight percent believe in extrasensory perception, or ESP. But nearly half of you knew we were about to tell you that, right?

To put the roughly one-third who believe in ghosts and unidentified flying objects in perspective, it is about the same as, in recent AP-Ipsos polls, the 36 percent who said they are baseball fans; the 37 percent who said the U.S. made the right decision to invade Iraq; and the 31 percent who approve of the job President George W.Bush is doing.

A smaller but still substantial 23 percent say they have actually seen a ghost or believe they have been in one's presence, with the most likely candidates for such visits including single people, Roman Catholics and those who never attend religious services. By 31 percent to 18 percent, more liberals than conservatives report seeing a specter.

Those who dismissed the existence of ghosts include Morris Swadener, 66, a Navy retiree.

He says he shot one with his rifle when he was a child.

"I woke up in the middle of the night and saw a white ghost in my closet," he said. "I discovered I'd put a hole in my brand new white shirt. My mother and father were not amused."

Three in 10 have awakened sensing a strange presence in the room. For whatever it says about matrimony, singles are more likely than married people to say so.

Fourteen percent - mostly men and lower-income people - say they have seen a UFO. Among them is Danny Eskanos, 44, an attorney who says as a teenager he watched a bright light dart across the sky, making abrupt stops and turns.

"I knew a little about airplanes and helicopters, and it was not that," he said. "It's one of those things that sticks in your mind."

Spells and witchcraft are more readily believed by urban dwellers, minorities and lower-earning people. Those who find credibility in ESP are more likely to be better educated and white - 51 percent of college graduates compared to 37 percent with a high school diploma or less, about the same proportion by which white believers outnumber minorities.

Overall, the 48 percent who accept ESP is less than the 66 percent who gave that answer to a similar 1996 Newsweek question.

One in five say they are at least somewhat superstitious, with young men, minorities, and the less educated more likely to go out of their way to seek luck. Twenty-six percent of urban residents - twice the rate of those from rural areas - said they are superstitious, while single men were more superstitious than unmarried women, 31 percent to 17 percent.

The most admitted-to superstition, by 17 percent, was finding a four-leaf clover. Thirteen percent dread walking under a ladder or the groom seeing his bride before their wedding, while slightly smaller numbers named black cats, breaking mirrors, opening umbrellas indoors, Friday the 13th or the number 13.

The poll, conducted Oct. 16-18, involved telephone interviews with 1,013 adults and had a margin of sampling error of plus or minus 3.1 percentage points.