British tenor Russell Watson was in critical condition after surgery to excise a brain tumor. 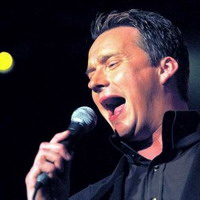 Watson, 40, underwent a three-hour operation at the Alexandra Hospital in Cheadle, northwest England.

"The surgery went very well. The family are at the hospital, and he was sat up and talking this morning," said the hospital's executive director, Michael Stroud. He said the tumor was of the pituitary adenoma type and was not malignant.

Watson had surgery to remove a benign brain tumor last year. He was taken to a hospital after complaining of headaches on Wednesday.

"He was recording in the studio when he suddenly became incapacitated with multiple symptoms, including a dramatic deterioration of vision," Stroud said.

"After an MRI scan had shown regrowth of a previous brain tumor and some bleeding, he was recommended to undergo emergency surgery," he said.

Manchester-born Watson is a former factory worker who began his career singing in pubs and working-men's clubs in the north of England. His albums have sold more than 4 million copies around the world.