A judge will consider Fisk University's proposal to sell a stake in a 101-piece collection donated by Georgia O'Keeffe. 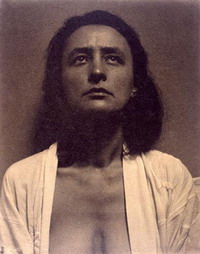 Chancellor Ellen Hobbs Lyle's ruling sets up a trial on whether the historically black university can go ahead with its plan to sell a 50 percent share of the collection to the Crystal Bridges Museum of American Art for $30 million (21 million EUR).

Under the proposed arrangement, the collection would travel between the Bentonville, Arkansas, museum founded by Wal-Mart heiress Alice Walton and Nashville.

The Georgia O'Keeffe Museum in Santa Fe, New Mexico, unsuccessfully tried to block the judge from immediately considering the deal. Officials at the museum say Fisk has violated the terms of O'Keeffe's gift to the school, which mandated that the artworks not be sold and that they be put on public display.

As a consequence, the O'Keeffe museum wants the entire collection removed from Fisk's control and sent to New Mexico.

Fisk's Carl Van Vechten Gallery, which houses the Stieglitz Collection, has fallen into disrepair and the entire collection has been in storage at Nashville's Frist Center for the Visual Arts since November 2005.

Fisk, which was founded in 1866 to educate former slaves, has struggled financially throughout its history and has warned that it could lose its accreditation if it can't raise money soon.

The New Mexico museum had previously blocked the school's attempt to sell two of the collection's most prominent paintings, O'Keeffe's own 1927 oil painting "Radiator Building - Night, New York" and Marsden Hartley's "Painting No. 3."

But Lyle later rejected a proposed settlement between Fisk and the O'Keeffe museum that would have sent "Radiator Building" to New Mexico for $7.5 million (5.26 million EUR) and allowed the school to sell the Hartley painting on the open market.

Experts estimate that the two paintings could fetch more than $45 million (31.57 million EUR) on the open market.