Robert Redford's new film about U.S. military action in Afghanistan will encourage American youth to "take command of their voice." 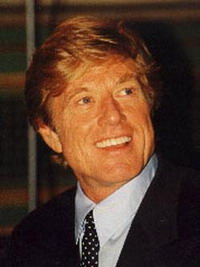 "Are they going to become politically active or are they going to move away from it because they are disgusted, they are disillusioned and they don't respect it because there is no morality in leadership so therefore they just move away to other things," Redford told reporters in Rome. The movie, "Lions for Lambs," is being shown out of competition at the city's film festival.

"If that happens we may have a continuation of what we have had," said the actor-director.

"Lions for Lambs" follows six individuals over the course of an hour. Two U.S. soldiers from the military's Special Forces attack a mountain ridge in Afghanistan; a hard-bitten journalist, played by Meryl Streep, discusses the operation and U.S. government policy with a prominent American senator, played by Tom Cruise, and an aging, idealistic professor, played by Robert Redford, meets with a bright, cynical student.

"I can only speak for my own country, I cannot speak for other countries - but I assume it is similar in some countries. But that the future is going to belong to young people and young people have to take command of their voice. "

The film also explores the issue of media freedom versus political power as Streep's character engages in edgy intellectual parrying with Cruise's senator.

Cruise told reporters that the film at screenings at U.S. colleges "really ignited a huge flame and a lot of dialogue, which is what I think is what this kind of film should do."