France will launch a six-month experiment. If museums are free, will they attract the kind of people who would usually rather watch television? 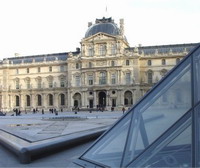 Starting Jan. 1, 14 French museums and monuments, most of them low-profile, will open to visitors free of charge for six months, Culture Minister Christine Albanel said Tuesday. Three are in Paris - Guimet, with an Asian art collection; Cluny, with a collection of medieval treasures; and Arts et Metiers, dedicated to scientific inventions. Their full-price tickets range from 6.50 EUR($9.27) to 7.50 EUR($10.70).

Conservative President Nicolas Sarkozy campaigned for free museums before his May election, and the idea has stirred debate in France's culture world since then, with critics asking whether it is merely a superficial way of addressing the profound, decades-old question of how to democratize culture.

Another underlying question is how France - proclaimed by its prime minister to be in "a state of bankruptcy" - could afford the measure.

Albanel, who has been skeptical in the past about free museums, said officials would study the experiment's results and decide how to proceed.

"The main question is simply how to inspire desire - desire for artistic experiences and culture - in people who are not familiar with these places," said Albanel, who once oversaw the palace at Versailles. "We'll see if free entry is the right response."

The measure applies only to museums' permanent collections, and visitors will still have to pay for temporary exhibits.

As part of the experiment, a few Paris museums including the Orsay Museum, with its Impressionist masterpieces, will open with free admission one evening a week to youths ages 18-25. A full-price Orsay ticket costs 7.50 EUR($10.70). The Louvre, which charges 9 EUR($12.90) for a full-price ticket, already offers free entrance to young people on Friday nights.

France is testing a path already taken by several other European countries, including Britain, which scrapped entrance fees for many museums starting in 2001. In the five years that followed, nearly 30 million extra museum visits were made, former Culture Secretary Tessa Jowell said last year.

Francoise Benhamou, a Sorbonne economics professor who studies the financing of culture, is skeptical. She points out that many French museum-goers already get in for free because of open-house days and other offers, and she says those who would get the most from the plan are foreign tourists who do not pay taxes. At the Louvre, for example, two-thirds of visitors are foreign.

"Free museums would in large part benefit tourists who have the means to pay," Benhamou said. She does not buy the idea that free entry can entice great numbers of non-art-lovers into museums, and suggests more diversified ticket prices for young people, the unemployed and frequent museum-goers.

Another idea, she believes, would be to reach out to potential art fans early on by increasing visits by schoolchildren - just the kind of programs she fears might be scrapped if museum coffers lose money.