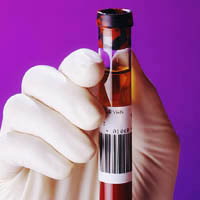 Already, three other inmates have been released from prison because of mistakes by the lab.

The lab's work has been under scrutiny since 2002, when the DNA section was shut down. Inaccuracies were later found in four other lab divisions that test firearms, body fluids and controlled substances. The DNA section has since reopened.

The first 19 inmates of the 180 cases marked for review were told about it Monday.

"They were a little suspicious at first," said the defense lawyer, Bob Wicoff. "But most of them were quickly on board once they realized what we were trying to do."

All but one agreed to the review, but Wicoff said he still planned to review that case because he was not certain the man was competent to make such a decision.

The cases being reviewed, some which date back to the 1980s, include several death row inmates and others convicted of violent crimes such as robbery and rape.

Some of the inmates have been executed and some might have been released from prison, Wicoff said.

Prosecutor Marie Munier said the review might find that the crime lab work played very little in the conviction of an inmate.

"The question is, do we have anyone in there that faulty serology work played a part or has someone that is innocent in prison. That's the issue I'm concerned with," she said.