American magician David Copperfield is followed by allegations of sexual misconduct in the United States. Therefore he had to cancel his upcoming shows in Southeast Asia. 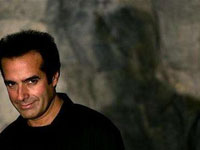 "His management sent an e-mail to organizers Sunday to inform that his shows will be postponed indefinitely," said Kittiyong Achawaphong, a public relations official of RSi Dream Entertainment, which organized his shows in Thailand.

Copperfield was scheduled to perform in Indonesia, Malaysia, Singapore and Thailand in coming weeks. The cancellations come days after FBI agents searched his warehouse and a casino hotel in Las Vegas, where the magician regularly performs, following charges that he "forced himself" on an unidentified woman.

Details about the allegations have not been revealed but Copperfield's lawyer, David Chesnoff, has said "we know these allegations are false because David Copperfield has never forced himself on anyone."

Reached Monday, Chesnoff insisted the shows were canceled because tour operators in Asia default on their contract, not in connection to Copperfield's legal problems.

"Those are serious allegations," Chesnoff said. "But there's no truth to them."

Promoters of some of the Asian shows are trying to negotiate with Copperfield's management to reschedule the performances or recoup some of the losses incurred from the cancellations.

"They said they would like to find any other available time to perform in Jakarta," Basuki said. "With this cancellation, we have lost more than US$1 million (euro700,000) for advertising and other preparations. Business is business. We want to make a profit. But this is making us lose money."