An appeals court in Manhattan ruled that a landlord can turn Bianca Jagger out from her rent-stabilized Park Avenue apartment. 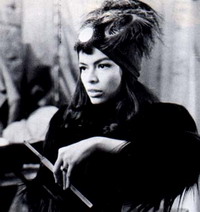 Katz Park Avenue Corp. had argued that the apartment could not be Jagger's primary residence since she was in the country on a tourist visa that requires her to show she intends to leave after a temporary stay.

In a 3-2 decision, the New York state Supreme Court's appeals division agreed. The appeals judges noted that Jagger, a native of Nicaragua and rock star Mick Jagger's ex-wife, is a British citizen who also keeps at least one luxury apartment in London's Belgravia section.

The appeals court said a person with a tourist visa of the type held by Jagger, cannot claim to comply with the immigration statute's principal residence rules, and at the same time claim a primary residence in New York.

Jagger withheld rent payment and sued Katz in 2003 over her claims that toxic mold had made the 18th-floor apartment unlivable, and had made her sick. She had been renting the Upper East Side space for $4,614 (3,226 EUR) a month.

Jagger's lawyer, Ryan Goldstein, denounced Katz's lawsuit, saying the landlord sued her after she had lived there 20 years as "retaliation because she filed a lawsuit against them over the mold infestation."

The appeals court brushed aside other issues that were raised, such as Jagger's failure to file state income tax returns in 2003 and 2004, or that she has rarely stayed in the apartment over the past several years, saying the only relevant circumstance was her visa status.