The new U.S. TV season does not look heroic. 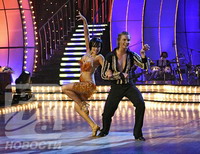 There has been no water-cooler hit akin to last year's "Heroes," although two newcomers, "Pushing Daisies" and "Private Practice," hold promise. And after a spring audience exodus, network viewership compared with last fall is down as much as 10 percent by one measurement.

Broadcasters have no one to blame but themselves, contends one analyst.

"The networks haven't delivered the compelling new shows that viewers get excited about," said Shari Anne Brill of ad-buyer Carat USA. She recalled instant, buzzed-about hits "Desperate Housewives" and "Lost" from seasons past.

With the top networks delivering a combined 40 million weekly viewers to advertisers, broadcasting remains a potent platform, said Marc Berman, analyst for Media Week Online. But the medium is only as strong as its programming.

"Did the networks really put on anything that people said, `Wow, I have to watch this?"' Berman said.

As far as new shows go, the answer is a resounding no.

Through the first few weeks of the season, the frontrunners are not heavily promoted newcomers, but returning stalwarts. CBS' "CSI: Crime Scene Investigation" and ABC's "Dancing with the Stars" and "Grey's Anatomy" each drew more than 19 million viewers last week to lead the ratings.

Latecomer "Murder Club," starring Angie Harmon, drew more than 10.8 million viewers in its Oct. 12 debut to score as the most-watched new show for the week.

Many freshman series have a comfortably familiar cast. Harmon is known to viewers from "Law & Order." Kate Walsh slid over from "Grey's Anatomy" to spinoff "Private Practice," and her new co-stars, Tim Daly, Taye Diggs and Amy Brenneman, are not fresh faces.

Lee Pace of "Pushing Daisies" is a welcome TV addition but so far it is the show's concept of an everyman who can raise the dead and glossy execution that is gained attention. If there is a breakout actor like Masi Oka ("Heroes") in the wings, he or she has yet to be anointed with the requisite magazine covers.

Freshly-minted stars equal excitement, the element that is painfully absent from the fall schedule.

The shaggy, virtually unrecognizable leads in ABC's "Cavemen" are not candidates, and the show itself is looking unkempt. Other ratings-challenged freshman include "Carpoolers" on ABC, CW's critically-praised "Aliens in America" and CBS' "Kid Nation" reality series.

Borderline entries that could still get traction include "Dirty Sexy Money," "Big Shots" and "The Big Bang Theory."