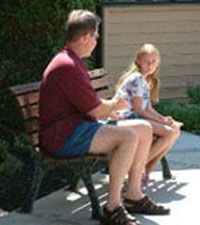 A suspected pedophile from Canada worked as a teacher at two international schools in Asia. He was liked at one, fired from other.

The institution's obscure existence ended late last week, when staff members, parents and students learned that a new teacher who suddenly disappeared was being sought by police worldwide.

Christopher Paul Neil, the 32-year-old Canadian who Interpol alleges abused young boys in Cambodia and Vietnam, is believed to be on the run after arriving in Thailand from South Korea last Thursday.

Police, acting on hundreds of tips from people who responded to an unprecedented appeal by Interpol for help in identifying Neil, are searching for him in Southeast Asia.

Former colleagues in South Korea said he arrived in August to teach at the school, but failed to show up for work last Thursday. They described him as outgoing, good at his job and popular with students.

Parents were both anxious and angry.

"My heart is still pounding," Moon Hyang-bun, who has two children at the school, said Wednesday about learning of the allegations.

"I didn't personally meet him but our kids liked him," Moon said outside the school. "He had a good reputation. He suddenly disappeared and our kids were perplexed and felt bad."

Myung Hyun-sook, head of administrative affairs, told reporters the school had no way of knowing about Neil's alleged abuses before he was hired on a one-year contract to teach eighth graders.

"We were looking for a teacher for English and social studies and he was the right person," she said.

Myung said she checked his diploma with the University of British Columbia, which faxed back his records. She said Neil taught at other schools in South Korea, but would not identify them.

She said the school, which has 100 students and 18 teachers, was contacting parents.

Founded in 1999, the school offers classes from preschool to 12th grade for students with international backgrounds, its Web site says. Being born outside South Korea is listed as an admission requirement.

"My husband is so upset he cannot believe how the school employed such a person," said Lee Young-ae, whose 7-year-old son attends the school.

Ray Fowler, a Canadian teacher at the school, said the suspicions about Neil, came as a shock.

"We didn't know anything until the police showed up Friday evening," Fowler told The Associated Press in a telephone interview late Tuesday. "He was a very good teacher. Well organized, well prepared. His kids really liked him."

It was a different story in Thailand. Officials at Ramkhamhaeng Advent International School - a Christian school in the outskirts of Bangkok - said Neil taught there from August 2003 to January 2004.

"He didn't pass the probation," said Poramit Srikureja, an assistant chairman of the school.

Poramit said the school gave Neil verbal and written warnings about his teaching performance, in particular sloppy lesson plans and instances where he left students unsupervised in the classroom.

Rajdeep Takeuchi, who was the principal of the school during Neil's tenure, said he was an ineffectual teacher, but never caused any problems at the school.

"As far as I remember, he is quiet and keeps to himself. We monitor new comers closely but he never created any problem with the students," she said.

Both said there were no complaints of abuse by parents or students during the time he was at the school.

Poramit said it had been much easier for schools to recruit teachers before the high-profile case of John Mark Karr, who claimed he killed 6-year-old American beauty queen JonBenet Ramsey in 1996.

Karr was arrested in Bangkok last year and deported to the United States, where he was freed for lack of evidence. He had worked as an English teacher in Bangkok, South Korea and other places.

"It is very good now that we have the police help us screen teachers to make sure there is no previous record" of wrongdoing or criminal activities, Poramit said. "It is a lot more difficult now to get teachers."