Raids into the homes and offices of two of Anna Nicole Smith's doctors last week made the highest-profile use yet of a controversial database that can detect suspicious patterns of prescriptions. 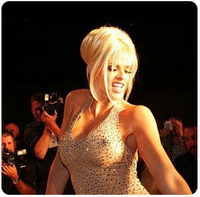 But the raids also reignited debate about the technology. Law enforcement officials say the state database is a useful tool for fighting prescription drug abuse. Many doctors and privacy advocates say patients are suffering because the government crackdown invades people's privacy and interferes with the doctor-patient relationship.

"What we have going on right now is a society wide witch hunt," said Dr. Frank Fisher, who was recently exonerated following a seven-year court battle that included murder charges, malpractice suits and a medical board investigation into the deaths of several patients for whom he prescribed painkillers.

"These databases chill prescribing," said Siobhan Reynolds, who founded the New Mexico-based nonprofit Pain Relief Network after her terminally ill husband was denied large doses of pain killers in the days before his death. "If we had the resources, we would try to shut down every one."

"There is no evidence that legitimate treatment is being suppressed or being discouraged," Brown said in an interview. "I think there are more cases out there than are being prosecuted."

The number of Americans who abuse prescription drugs nearly doubled, from 7.8 million in 1992 to 15.1 million in 2003, according to the U.N.-affiliated International Narcotics Control Board in its 2006 annual report, issued in February.

Investigators use the database to look for patients who have received prescription narcotics from several doctors. They are also searching for physicians who authorize higher-than-expected amounts of drugs.

California authorities conducted the raids Friday at the office of Smith's psychiatrist, Dr. Khristine Eroshevich, and the home and office of Dr. Sandeep Kapoor, who prescribed the painkiller methadone to Smith shortly before her February death from an overdose. She was 39.

Brown said his office began investigating Kapoor and Eroshevich after he discovered the two combined to prescribe more than a dozen drugs in the days before Smith's death at a Florida hotel. He has declined to speculate on what charges the doctors might face if it is determined they improperly prescribed drugs.

The Medical Board of California is also investigating Eroshevich, who, according to documents, authorized all 11 prescription medications found in Smith's hotel room the day she died.

Agents have so far reviewed more than 100,000 computer images and files, analyzed patient profiles and pharmacy logs, and interviewed witnesses in the U.S. and abroad, Brown said.

Authorities are also mining the massive database kept by the California Department of Justice called the Controlled Substance Utilization Review and Evaluation System, or CURES.

The database has long been a useful tool for doctors wanting to check patient backgrounds before writing a new prescription. It details the 20 million narcotic prescriptions written each year in the state.

Nearly three dozen states have similar databases, but California's, created in 1996, is the oldest and largest.

Crime victims like Bob Pack insist the state's prescription database needs a technological update to catch more people who seek drugs from multiple doctors. A drugged-up motorist ran over Pack's two young children in 2003 as they walked to get ice cream on a Sunday evening.

The foundation Pack launched with his wife in honor of their children is now the driving force behind an effort to make the database instantaneously accessible.

Currently, only Justice Department officials can directly access the CURES database. Doctors and pharmacists must fax patient background requests to the agency, a process Pack argues is too time-consuming to catch drug abuses who obtain multiple prescriptions from different doctors.

Jimena Barreto, the professional nanny who killed Pack's children, had six prescriptions for the pain killer Vicodin from six different doctors at the same HMO in the weeks before the crash.

"When my children were killed, I naively thought doctors and pharmacies had this information at their fingertips," Pack said. "They don't."