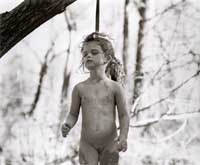 Fifty five Poles suspected of spreading child pornography over the Internet have been arrested by the country’s police, authorities said Friday.

Seven of them have been charged with distributing child pornography, police spokesman Zbigniew Urbanski said. The others are still being questioned.

All 55 are Polish citizens suspected of circulating movies and photographs of naked children through the Internet, Urbanski said.

Police officers arrested the suspects at homes throughout the country in a 24-hour operation that began Wednesday morning, Urbanski said. Police searched more than 50 homes and seized more than 50 computers and thousands of CDs and DVDs.

He said Polish authorities launched the operation after receiving tips from Austrian and Dutch police.

None of those people have yet faced trial, because the investigations take about seven months, Urbanski said.

Suspects face up to five years in prison for the possession of child pornography, and up to nine years in jail for distributing such material, if convicted.