Alain Delon's part of art collection to be auctioned

Forty paintings belonging to Alain Delon were to be auctioned on Monday. 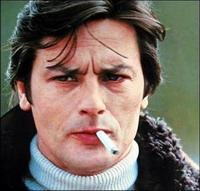 Alain Delon's part of art collection to be auctioned

Experts expected the paintings, most of them abstract works dating from the 1950's, to fetch between 4.6 million EUR and 6.2 million EUR(US$6.5 million and US$8.8 million).

The auction was expected to include works by French painters Nicolas de Stael, noted for his heavily textured abstract landscapes, and Pierre Soulages, who favored the color black.

Delon acquired many of the paintings at an auction in the 1980's.

The 72-year-old screen idol jumped to international fame in the 1960's with films like Italian director Luchino Visconti's "Rocco and His Brothers." Known for his dashing looks, Delon has acted in nearly 100 films.