Attorneys for Britney Spears and Kevin Federline got more time to discuss issues involving visitation with Spears' children before abruptly ending a custody hearing Thursday without ruling on whether the troubled singer should be allowed to have overnight visits. 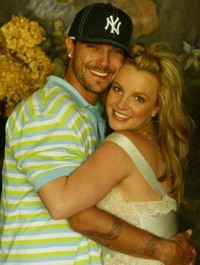 After a closed-door hearing in his chambers - which itself followed a 45-minute recess - Superior Court Commissioner Scott M. Gordon said the attorneys needed more time to confer on the matter.

It was unclear whether the lawyers would continue discussions elsewhere Thursday. Sheriff's deputies escorted them out of the courtroom and to a back staircase after the hearing.

Spears' attorney Anne Kiley had requested Thursday's emergency session in an effort to win overnight visits for the pop star who lost custody of her children on Oct. 1 after Gordon cited her continuing problems with drug and alcohol. Kiley argued during an open session of the hearing that overnight visits are critical for Spears to bond with her sons, 2-year-old Sean Preston and 1-year-old Jayden James.

"I do think it is an emergency for them not to have overnights with their mother, which they've always had," Kiley said.

"What possible concern can he (Federline) have if there are monitors present?" she asked.

Federline's attorney, Mark Vincent Kaplan, told Gordon it was frustrating that Spears' lawyers would return to court and try to change Gordon's Oct. 1 custody order so soon after it was issued.

"If she could remedy all of those problems ... in one week, that would be a miracle," he said.

When he took the children away, Gordon said Spears had engaged in "habitual, frequent and continuous use of controlled substances and alcohol." He ordered her to undergo random drug and alcohol testing twice a week and have a monitor present when she does visit with her children.

Kiley said that Spears' own mother, Lynne Spears, could be interested in acting as a monitor for overnight visits, and attorneys for both sides alluded to a warming relationship between Spears and her mother.

Although the commissioner did not appear persuaded, he adjourned the hearing so the attorneys could discuss the matter, then get back to him.

"If, in fact, there are family members who are present and trying to help, that might do some positive things," he said.

Spears, 25, and Federline, 29, married in October 2004 and divorced in July. Neither appeared in court Thursday.

Kiley told the commissioner Spears wanted to attend but stayed away because of the huge media crush that surrounded the courthouse before dawn.

"Nobody should have even known about this hearing today," she said. "Very, very few people in our office even knew we were appearing today."

Reporters, admitted on a lottery basis, packed the courtroom. Dozens of others who could not get in waited outside with photographers. News media helicopters flew over the courthouse recording the mob scene below.

During the hearing, Gordon reiterated that he worried whether Spears' troubles could harm her children.

Gordon also criticized Spears for not complying with previous court orders, repeatedly saying that the current custody order taking her children away resulted from her own choices.

He told Kiley he had not received any of Spears' drug test results directly from the lab, as he had ordered, although he had an attorney's declaration that she has passed them.

Spears' private woes have played out publicly as a bevy of photographers and videographers follow her whenever she leaves home.

First she was photographed minus panties at various Hollywood hotspots partying hard with Paris Hilton - appearing drunk and out-of-control. Then Spears shaved her head as paparazzi captured the moment, beat a car with an umbrella and ended up spending a month in rehab.

Her performance at an MTV Video Music Awards last month was meant to mark her comeback. However it was widely panned, with Spears appearing spaced-out, lethargic and, to some, out of shape. The following week, Spears' management firm dropped her and her divorce lawyer resigned.

She has also been charged with misdemeanor counts of hit-and-run and driving without a valid license for allegedly crashing into a parked car in August.